Adrijana Gvozdenović, an artist from the country of Montenegro, traveled to the city of Montenegro in Brazil, with the idea in mind of constructing an image, a story and a history, from the standpoint of her personal experience and knowledge of her home country. the artist became a narrator and traveler, working on a script for a film about a film to be made. moving only in one direction but in reality to and from Montenegro, she noted her observations on the dislocation of a country. reviewing the meaning of Montenegro as a word, a notion, and as an image of a place with no defined position, her major point of focus is to emphasize the moment when national identity is deconstructed. To see the full movie is possible only in the screening with live narrating.

watch the trailer for the event

screening the film with a live narration allows and requires that every time it is shown, narrative will change as the perception of past events over time changes, but also it does the discourse of the present moment. a year after recording, editing and screening of the film, as a result of these experiences I made a book with the frames from the film and the main structure of the narrative. it is a sort of a screenplay. 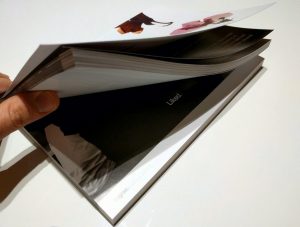